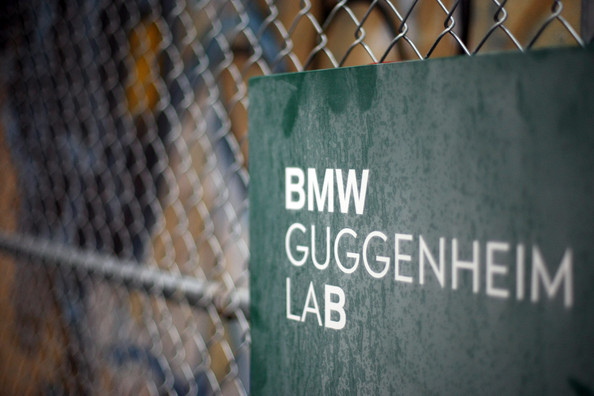 We participated in the BMW Guggenheim Lab to facilitated co-creation on metropolitan issues between artists, scientists, architects, and local inhabitants and organizations to in New York and Berlin. The LAB intends not only to stir the conversation as a temporary urban think tank, but also to enable locals, governments, creatives to actually develop a part of their city, in this case a plot in down town New York.

Good Ideas Are Not Enough: Thieu Besselink on How Change Happens

Besselink passes on the tools to replicate his One Day a Dream School project around the world.

Whether you’re trying to change the shape of our cities or of our economic system, on a global scale, good ideas are not enough.

Anyone who has read Malcom Gladwell’s The Tipping Point is familiar with the conundrum—the critical mass necessary to tip an idea, product, or even a disease into a mainstream event is a complex phenomenon to engineer.

Marketing teams have known it for eons, as have politicians, corporations, and inventors.

But when it comes to finding solutions to contemporary problems, would-be change makers often struggle with the necessary legwork to getting initiatives truly off the ground; with the creative action that must follow creative thought.

I had a conversation about just this with Thieu Besselink close to the BMW Guggenheim Lab’s opening in New York. We had been talking about the role the Lab might play in bringing new ideas into reality on both a local and an international scale.

But the conversation stuck with me as I watched the progression of other movements big and small that managed to find a foothold around the world.

From the Arab Spring to the victorious end of the eight-year battle for legalized drug injection sites that started in Vancouver and are now spreading across Canada, somewhere along the way somebody, or somebodies, took the necessary steps to bring an idea into reality.

“I don’t think that we have a problem coming up with solutions,” Besselink told me. “There are enough ideas. The problem is getting those ideas done or shared, and then committed to, so that people are actually going to realize them.”

Founder of the Learning Lab, associate professor at the University of Utrecht, Besselink specializes in helping people learn to navigate the complexity and chaos of the relatively new global society in which we live.

Where problems occur on a global scale but are felt first on a community or personal level, he looks at how those levels interconnect and how to take initiative within them to make change.

At the Learning Lab, a “think tank for social change” which will expand next year to work with MIT on a new institute in Berlin, Besselink designs learning environments that necessarily involve creation. This means the creation of meaning for the individual, the creation of relationships with others who are invested in similar passions, and the creation of actual outcomes. He is also taking this a step further with the Urban College Project—a university designed, built, and run entirely by the students. (See some fantastic videos on Learning Lab projects, including a full-scale documentary on the Pioneer Lab, on his website)

“But it is not enough to just have discussions. It is not enough to just hear a lot of people’s opinions or have lectures about things. You actually have to have a process by which people can start getting committed to it, form relationships, and make real decisions and real alliances with one another and the resources to get it happening.”

Armed only with coordinates, Learning Lab students found their own way to their first class—in another country

In a way it’s a humble lesson.

In a time where we are overwhelmed by ideas, and truly amazing projects dedicated to discussing them—from the TED Talks to Pecha Kucha nights, from GOOD Ideas for Citiesto the Lab itself—it’s important to remember that while there is a certain glory in producing sexy ideas, it is the follow-through and facilitation of those ideas that will make real change come about. (Side note: it’s this exact crux that has recently spurred journalism colleagues of mine to leave the industry in favor of constructing actual solutions to the problems they have been writing about for years.)

Of course no one expects one person, or even one organization, to do all this themselves, which is perhaps why Besselink sees the role of connecting people equally as important as the role of producing ideas.

“The main problems of the next 100 years are going to be those between organizations, between fields, between disciplines… the complexity is so high that we can never find solutions in one organization. It will have to be between levels: government, business, and civil society, but also between the different disciplines of art, science, and so on,” he said.

“Rather than looking at the projects and the ideas, look at how they are related. How are the people and the organizations related? How can we create better and stronger relationships, and ones across different countries? Whenever you have anything change on whatever level, it’s all about the relationships.”

When I asked him how the Lab can best facilitate real, decisive change in the world of urban problem solving, he was both hopeful and challenging about its future.

“The Lab with its position has a very powerful platform and a strong visibility,” he said. “It can use that to influence the way that people think about urban development, but also it can show what works or what doesn’t work, and how things work, and who works. By offering this platform and showing these examples it can be very powerful.”

The key, he said, will be for the Lab to pursue the creative action to follow the creative thought—to set out to fuse connections and alliances between fields, and between the pioneers working on similar issues across the globe, rather than simply hoping the ideas that are incubated in the Lab will settle and germinate.

“I think we really live in a time where we cannot understand the world in which we live by looking at it. We have to go into it, try to create something, and, as we change the world in which we live, we start to understand it by the way it reacts to us. The only way you can do that is by creating environments of experiment, which is what the Lab is really supposed to be,” Besselink said.