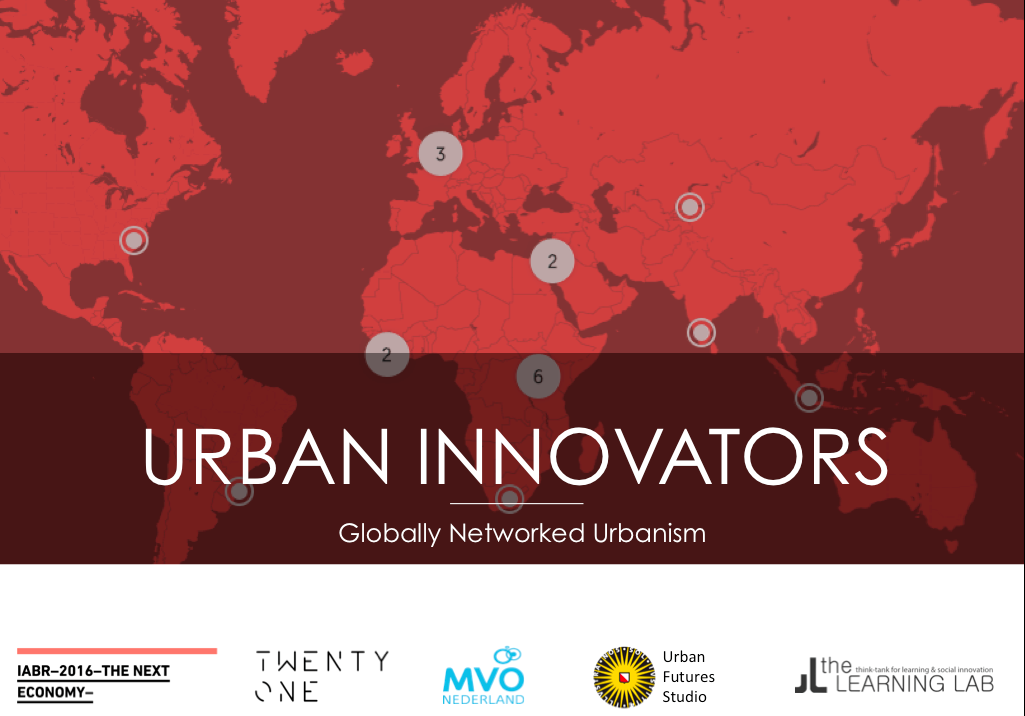 From May 10 – 12 2016, changemakers from different cities around the world visited IABR, the International Architecture Biennale Rotterdam and shared experiences and insights into the ‘how’ of urban transformation. Here you will find some impressions, lessons learned and next steps.

In order to gain more insight into the how of urban transformation and to support agents of change, the Learning Lab, de Cooperatieve Samenleving, and TwentyOne (from MVO-Nederland), hosted a “lab of labs” at the International Architecture Biennale IABR, together with Maarten Hajer’s Urban Futures Studio of the University of Utrecht. In a three day kick-off the lab connected change makers from different cities worldwide and various system players that represent the financial sector, government institutions and the corporate sector. With this collaboration, the organizations aim to offer continuity, learning and embeddedness to the cases, may of which featured at the biennale.

Action agenda
In order to move to the next economy, an action agenda is needed. Changemakers want to create a platform where they can share resources and learn from each other (e.g. improving their business cases). By bundling the cases and working together via this platform, changemakers want to find ways to pool resources. Furthermore, connecting to a credible organization can make it easier to get these financial resources. The added value of this platform is thus to identify and share financial resources and knowledge.

Changemakers agreed to cooperate around a financial architecture to source new flows of resources. Therefore, the idea of launching the first urban (low risk and circular/ revolving) cooperative fund is born. The TwentyOne network wants to help building a platform where changemakers can learn, share, connect and work together in order to scale-up and pool resources. The first step will be to join forces and to put this urban cooperative fund into action.

SOME ISSUES WORKED ON

The presentations and discussions of the first day resulted in various wicked problems that many change makers face in their projects/cases:

Connect the dots
Changemakers are reshaping values and are often far ahead of the majority. At the other side, you will find system players that are searching for triple value propositions. Most of the changemakers experience a gap between these two worlds and find it hard to connect to formal institutions.

Finance
Another big question that came up during the discussions is the necessity to find long-term financial support. This is especially needed for the preparatory phase. “We see constraints of short-termism in the financial sector. While we are creating new markets in cities, nobody is talking about it. We need to make the cases bankable. We need to create a circular fund. We can set up a cooperative fund to connect the dots between different cities.” After five years this model will be self-supportive.

Freezones / labs / embedding cases
Another important question is how to move from prototype to system change. Several changemakers feel the need for freezones or spaces for disruptive experiments. There is a need for experienced based learning. In order to move to system change/mainstream, changemakers feel that they need to anchor their cases into policy and embed it in society. An example is the case of Bandung where the director of the project, became the mayor of Bandung. In order to achieve this, it is important to invest in networks that support your case and have influence on politics.